When did you last dance?

I mean lose yourself ridiculously in utter awe of God to point where there was no other appropriate response but to dance. 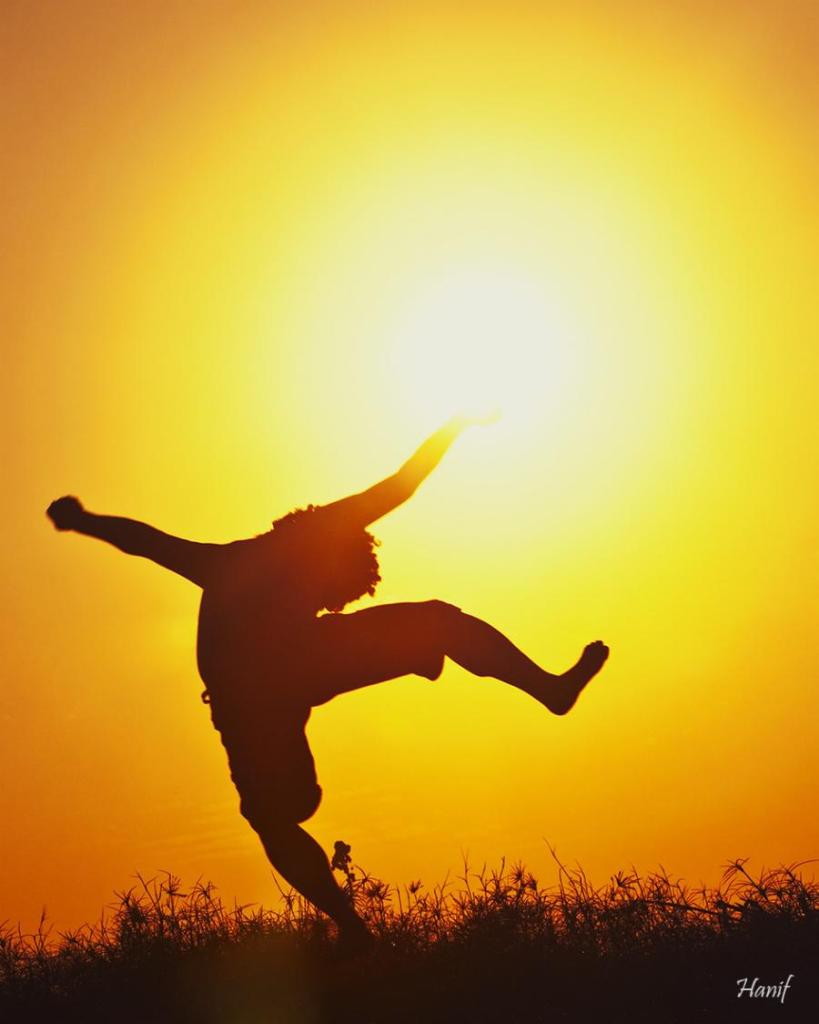 Evangelicalism, you have made your people defend a book, but not the marginalized in front of them. You have blinded them with your judgements. You have made them so hungry for power, that they want nothing to do with the powerless. You have turned them into the oppressors. You have made it all about the next life, while ignoring this one. Your people pray, sing, maintain their holiness, but what they don’t see is that this is turning them into white-washed tombs. They don’t realize that righteousness is justice. Holiness is defending the powerless and taking care of the least of these. You have made it all about themselves.

You still have some honest, good people within your religion, but you must release them from your bondage. You must give them the freedom to be messy, to question, to love, to do justice, to give mercy, to be kind and gentle. You must step aside and let them see Jesus, and to be Jesus.

Exerts from the a blog post entitled “Evangelicalism, you have traumatized me” from Robert Lofgren 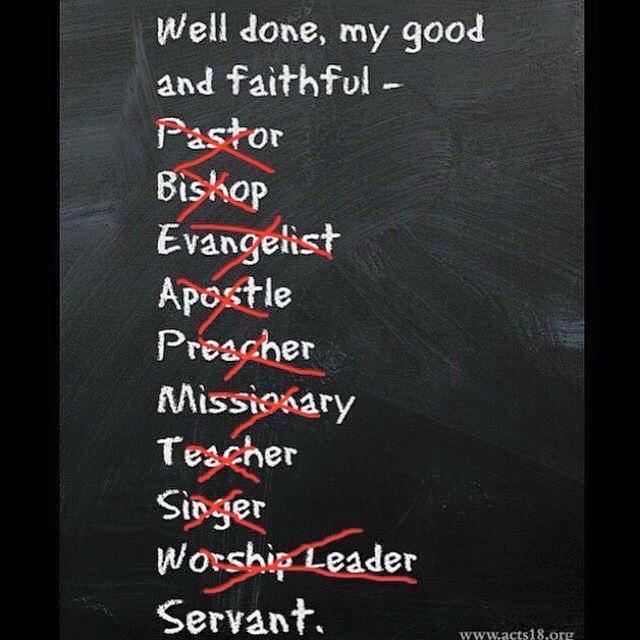 a church safe cursed by a razor-wire crown of thorns

we must protect our truth, sanctified and clean

like we set the standard for what clean is

hide your light under a bushel

unless it’s sanitized and superficial

Yahweh’s speechless we’ve hijacked his voice and branded it like sneakers,spread the brand globally sweatshop-manufactured-ministry, unethical in our political standing on others to maintain our status quo

checkered shirts, buzz words, clap for yourself ignore the helpless, it’s you who commands and god who follows, enslaved by his own words pages of grace turned into spiritual laws and promises

a world void of colour and complexity, 40-days of formulaic-faith-paint-by-numbers-christianity

we’ve robbed the God of creation his creativity, denied his mystery, trapped him in a black and white box of simplicity

is it any wonder he doesn’t flow through me…

when kingdom looks so different from this brand of culturanity

Spent the day walking around San Francisco, from the Wharfs to Mission District up to the twin peaks to catch the sunset. 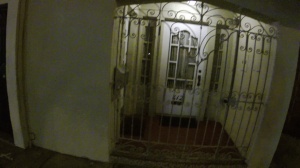 and then I noticed some churches do too… 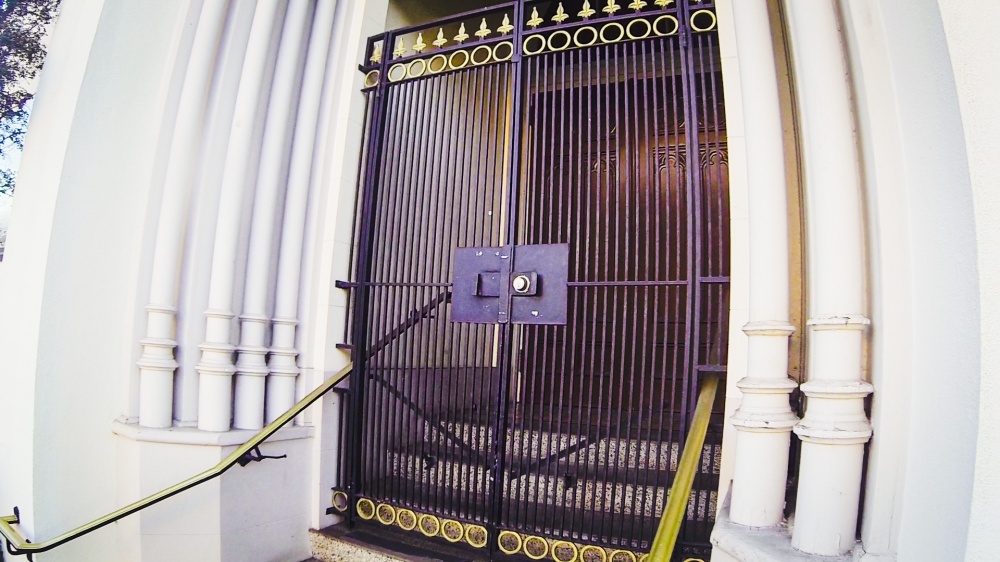 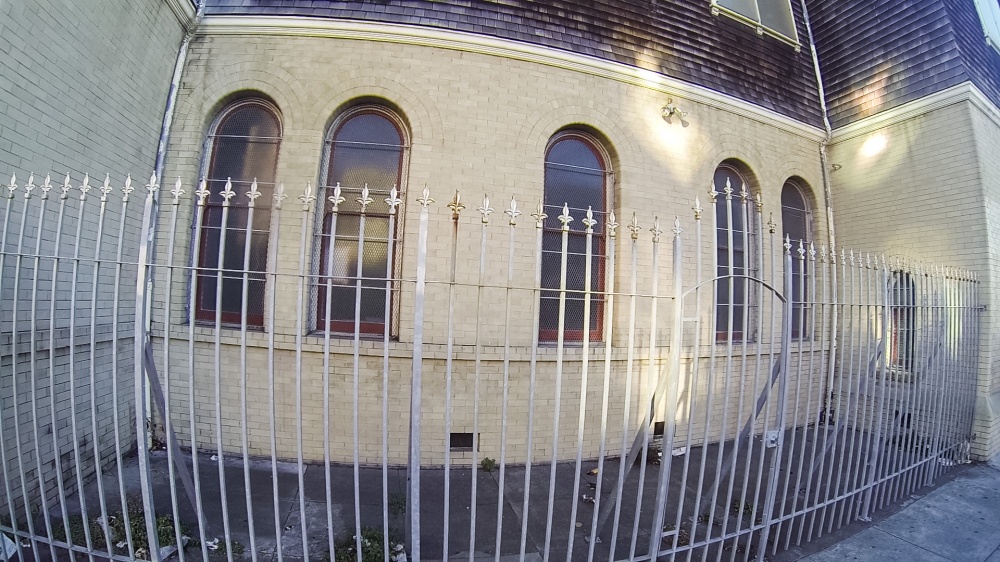 and then I found this man in an alleyway… 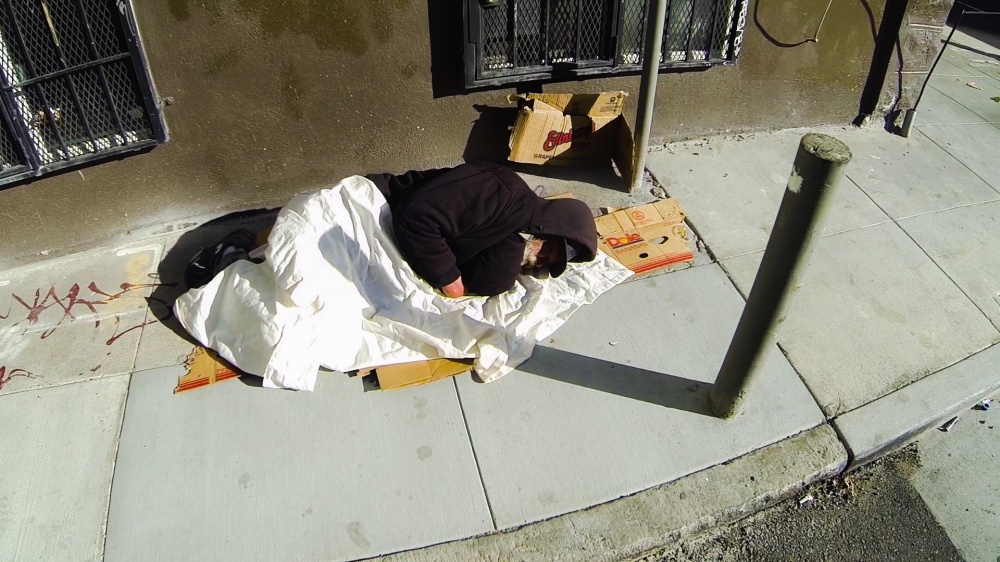 and right across the road was this church…

it had a large sheltered area that would be perfect for alley-man to sleep & shelter in.

It may even make a difference in whether he lives or dies tonight.

I want to ask a question, so I find an entrance. On the way I see the churches slogan on a big sign,

I ask, “why do I see so many areas caged off?”. The answer it seems is because homeless people would take up residence there. “Is this why you guys have a caged area too?”, He looks awkward, a lady pipes up, “You have to remember we have to keep it clean for Sunday”.

I ask her if she knows a homeless guy died from the cold the other night, that he is the 5th in the last 2 weeks. She tells me if they let a few homeless stay (in the courtyard) soon there would be lots & they have families that come on Sunday.

He tells me they’re busy & I have to go now, I thank them for their time, I’m just trying to make sense of it all…

Wouldn’t God be appalled if our courtyards were dirty.

Heaven forbid we became known as a church where the least & disadvantaged seek shelter, or where faith was raw & real for our families, rather than disinfected-white-washed-sanitised-sunday-school-lives.

Lets do some simple math. There are easily a 120+ people there, that would mean committing 1 day every 2 months where you & another person cleaned up & served the homeless that gathered in your courtyard…

who knows, maybe then the words of your slogan would come to life…

maybe then it would stop being religion,

and start being relationship.

Fallout. Some intended, some not. Some you see coming, some you don’t. Some you think you’re ready for… only to discover you’re not as invincible or as invisible as you think.

I haven’t published anything of substance since March 22nds opening the Gay Marriage Can of Worms.

This is my – I’ve lost count – attempt to write a follow-up post.

So I guess that leaves you with the “fallout” post.

What’s happened since then

Lots of people read it, it ended up in places I could never have imagined. I shut comments down, I received more emails in a couple of days than the blogs entire lifetime – some nice, many not. I had coffees & catch-ups. Gay marriage was made legal… my Facebook news feed read

Congratulations mps on passing your new bill now you have legalised gay marriage and prostitution what next pedofilla and rape?

and the world didn’t end.

I ambitiously set about responding to all those emails, had some great discussions before crawling into a hole & escaping to blog elsewhere for a bit. I went to Uganda.

Which brings me to the most surprising thing that happened.

I did a City-to-Surf run to raise funds for a mission trip to Uganda… someone asked for their money back.

Yep, that actually happened (& wasn’t the only weird bit of overreaction).

If these were the views I was espousing they didn’t feel morally they could support my trip. Never mind that homosexuality is illegal in Uganda… what’s interesting is I saw more guys holding hands (and held hands with several men) in Uganda than you’d see in NZ… you see it’s not a gay thing its a cultural thing.

Several emails I received were about how provocative this pic at the end of the post was.

Instead I’ll leave you with a few ‘fallout’ observations & then the reason why I wont answer all those questions, comments, accusations…

The original post was just some thoughts on recurring discussions I was hearing. A lot was cut out, I could have written a book, but even I don’t read long posts. It was to provoke some thought, to (I hope) be permission giving for some, to even begin a discussion or heaven forbid… have thoughts.

The Bible – this could be another book 🙂

why the lack? There are many books dealing with biblical interpretation, bible times culture & homosexuality. Some arguments are stronger than others.

Ultimately we pick what we want.

Then justify our method.

If I’d included some text that’s all I would have been doing, and that’s the reason why I said, the “surrounding issues are close to many peoples hearts”, the surrounding issue being the Bible & how we read it, that’s what it really comes down to, that is the core issue. Not just in the gay debate, but everything… women leadership, abortion, evolution. Different crisis, same issue.

You’re asking me to read my Bible differently than my tradition has prescribed, and so I can’t go there. If I do, my faith is kicked out the door

Whatever side of the argument we’re on we make the bible jump through hoops and conform to the views we hold. Ultimately we make the Bible bow to words like “authority”, “inerrancy”, “narrative” & “myth”.

I finally put my name & photo on the author page. We interact with things differently when there is a face attached to it. It’s the same with the ‘gay’ issue’.

When we lack a ‘face’ we lack compassion, we say “love the sinner, not the sin”, and while we can love liars (after all, we’ve all lied), thieves (I’m guilty), druggies (we’re suckers for a good “Saul/Paul” story), pastors who’ve had affairs (so much temptation out there), our love for homosexuals extends as far as wanting nothing to do with you.

For many of us there is no real face to it, we can’t identify with the struggle, it’s media stereotypes and fear of that which is “other” to us.

If I preach love & can visit murderers in prison but can’t give a gay guy a hug, then my love rings hollow.

The face for me is, my gay neighbours & their adorable wee boy. The gay family I stayed with overseas. Friends I’ve studied with in High School & Bible College. Those I’ve cried alongside with in the church, because wrestling with your sexuality & faith in a place that is hostile is just brutal. I can see why many choose to quit on church, I get why most choose to remain silent, I consider it a privilege to have journeyed a little with those who didn’t.

Love & God on opposite sides?

If when it’s all said & done,  and I stand before God & I’ve gotten this wrong, I know I will have erred on the side of Love, and that is something I can live with

I guess what I’m saying is that, in this moment I’ve made what I feel to be the right decision for me & my faith journey. But I recognise that 12 yrs ago I thought the world had to have been created in 7 days & it was dangerous to think otherwise, so things change. Ultimately I recognise my own shortcomings, I’m not perfect, and I’m not God.

I don’t have all the answers, I’m still trying to figure stuff out.

I don’t think the topic of “how we interact with those who we see as other to us” is a question that should be answered, a box to be ticked, a solution filed away…

rather it is something we should always wrestle with, so I’ll leave it open…

because there will always be minorities.